The European Network for Smoking and Tobacco Prevention (ENSP) has been active in tobacco control since 1997 and for the last 20 years has been playing an important role in setting and influencing policies at a European and international level. Spearheading ENSP activities and projects are national representatives, organisations, academics, doctors, lawyers, health care professionals, experts and activists who always worked together to fulfil the objectives and mission of ENSP.

ENSP is the only truly pan-European network active in tobacco control being the key grassroots organisation in implementing the World Health Organization Framework Convention on Tobacco Control (WHO-FCTC) at a European level. This was acknowledged by the WHO-FCTC – Conference of Parties during the session in Uruguay (November 2010) when ENSP received FCTC observer status. It is almost impossible to talk about FCTC in Europe without mentioning the involvement of at least one ENSP member. This united and collective effort is the essence, the heart and soul of the “Network” concept: each link makes the chain stronger; each node adds value to the structure. This added value is not only found in the strength of the partnership but also on a scientific level in everything ENSP does: its core activities, its EU projects but also its new scientific journal, “Tobacco Prevention & Cessation”. Tobacco consumption remains the single largest avoidable cause of premature death in Europe, responsible for 700,000 deaths every year, and is the most significant cause of health inequalities.

It is an interesting time for our work in tobacco control, as the world recognises that the most effective policies are those based on scientific studies and solid evidence. During this conference, as you discover and meet special guests and speakers from the International and European academic Institutions, national authorities and well known non-governmental organisations involved in tobacco control at the regional, national and international level, we hope you have the chance to share your experiences and insights pertaining to various facets of tobacco control.

On behalf of ENSP members and Secretariat, we are honoured to welcome you to our Second International Conference on Tobacco Control in Athens, and would like to thank you for your work and your dedication to tobacco control. 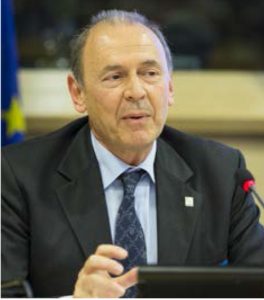